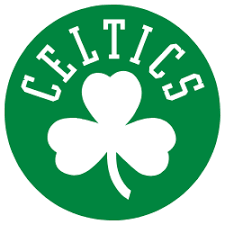 BOSTON — The Boston Celtics are literally limping into the All-Star break. With a record of 15-16, they are certainly not where they wanted to be at this point in the season. Recapping the last week, the Celtics began in Detroit on Sunday. The Pistons have always been known to give Boston fits, and Sunday was no different. Paul Pierce and Chris Wilcox were the Celtics’ leading scorers, with 18 and 14 points respectively. Unfortunately the Pistons took the phrase “Anything you can do, I can do better” as Rodney Stuckey and Greg Monroe scored 17 points and 16 points to power the Pistons to victory. In addition, Rajon Rondo was suspended two games for throwing the basketball at a referee, putting the already depleted Celtics in a tough position.

Boston hoped the road trip would get better as Dirk Nowitzki and the defending-champion Mavericks were up next. Paul Pierce had another nice game as he scored 20 points, while Ray Allen chipped in with 15, but the Celtics’ efforts again came up short as Nowitzki’s 26 points helped Dallas pull out an 89-73 victory. One bright spot for Boston came in the form of Avery Bradley. He had 12 points and 4 rebounds. Avery has done a nice job of filling in when needed He has really emerged as a valuable contributor this year. I believe he will be important of Boston in the end because he is a young body who can bring production to an aging roster.

The age factor reared its ugly head on Wednesday when Boston traveled to Oklahoma City to face the upstart Thunder. Just three days earlier, OKC’s duo of Kevin Durant and Russell Westbrook combined for 91 points. Though the two would not score as many points on Wednesday, they still had very productive games. Durant scored 28 points, while Westbrook added 31 as they won this game going away 119-104. Boston suffered its third loss in three games and dropped to 15-17 on the year.

At the halfway point, things do not look promising for the Celtics. Their age is a big factor at the moment. Paul Pierce and Ray Allen can only do so much as far as scoring is concerned. Rajon Rondo (minus the suspension) has had a terrific year so far, scoring 14.8 points a game. He will be a major factor as the season wears on. He has become Boston’s de facto playmaker and he really brings a whole new element to this Celtics team when he is on the floor. Two players I would watch are the rookies Etaun Moore and Jaujuan Johnson. They will get many minutes down the stretch. It remains to be determined what role they will play however: key reserves for a playoff team or reserves doing mop-up duty fro a team out of the playoffs. It should be interesting to see how the rest of the season plays out. One thing is for sure: it will be exciting until the very end.